We all love Lucy, but when it comes to Emmy nominations, Julia Louis-Dreyfus finally has the iconic comedienne beat. 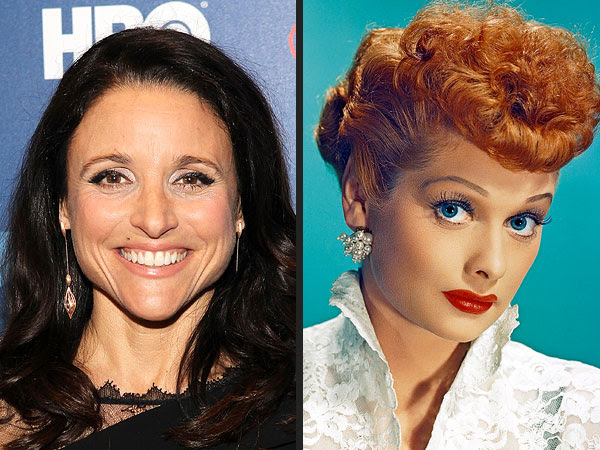 On Thursday, the erstwhile Seinfeld star made Emmy history when she received her 14th Emmy nomination in the category of outstanding lead actress in a comedy series, surpassing the record long-held by I Love Lucy star – and enduring TV favorite – Lucille Ball.

Louis-Dreyfus, 52, nabbed the nod for her role as gaffe-prone Vice President Selina Meyer on the HBO show Veep. It's her second nomination in this category for her fictitious beltway role, and she took home the statue in 2012.

Overall, the actress is the only woman who has won the Emmy three times, for three separate comedy series. She first won in 1996 for her own iconic role – self-absorbed Elaine Benes on Seinfeld – after being nominated four times prior.

In 2006, she grabbed gold for her title role in The New Adventures of Old Christine, and earned nominations (but no wins) for the same role from 2007 to 2010.

The groundbreaking comedienne who helped popularize the medium of television took home four Emmys during her career, as well as the Governor's Award in 1989, nearly five months after her death.

We'll find out if Louis-Dreyfus adds to her wins when the 2013 Primetime Emmys will air live from the Nokia Theater L.A. Live in Los Angeles on Sunday, September 22 on CBS.