Today is the Anniversary of Lucille Ball's Passing 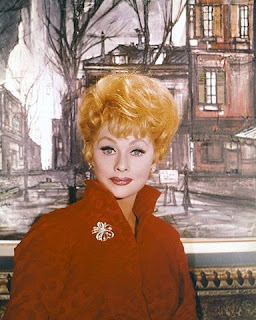 Today, 23 years ago, Lucille Ball left us. At approximately 5:47AM P.S.T on April 26, 1989 she died of a ruptured Aorta but her passing left us with many memories and for the past 61 years, she has appeared on TV and I would presume it will continue.  So in a way, she never left us - she's still here every day.

It was just about a month before her death that Lucy made her last TV appearance. On March 29th Lucille Ball appeared at the annual Emmy Awards ceremony, along with Bob Hope, who had been Lucille Ball's friend for decades prior. Hope had talked Lucy into making the appearance after many phone calls and much begging. Finally, Lucy had agreed but she did not like the idea of appearing in public. She hated putting on the wig she had chosen to wear, complaining that the netting gave her a headache.

"Goddamn Hope," Lucy complained, "No one cares what the hell he looks like, but everybody cares what I look like–God, I'm so tired of myself."

Lucy had been a bit down. She never really completely recovered from the death of her former husband, Desi Arnaz. He was her first love who she managed to persuade CBS to co-star with her on I Love Lucy. Her closest friends saw Lucy's love for Desi; although she was married to Gary Morton, she never stopped loving Desi. Desi always sent Lucy flowers on her birthday and their anniversary, and the two kept in close touch by phone throughout the years.

Lucy also never got over the failure of her most recent TV series, Life with Lucy (1986). She thought her fans had abandoned her and it influenced how she felt.

Lucy spent the days watching TV, playing Scrabble and Backgammon (which was her favorite), and having an occasional bourbon, which she referred to as "slushies".

As told by Lee Tannen, Lucy's friend and Backgammon partner, one night the month she died in April, there was a loud party going on next door. Lucy and Tannen found some milk crates in an alley. They used the milk crates to prop themselves up and spied on what was happening at the party. The two stood on the crates, “peeping through the trellis and palm fronds.” According to Tannen, he felt like Ethyl Mertz in an I Love Lucy episode, standing there spying with Lucy.

"Lucy was fascinated by the goings-on, commenting on everything, and eyeing everybody who, ironically, would have given their eye teeth to meet the crazy redhead on the other side of the wall."

On Tuesday, April 18, Lucy started experiencing chest pains while she was at home in Beverly Hills. Her husband called her doctor and tried to talk Lucy into going to the hospital. Lucy refused to go until Gary called Lucy’s daughter, who finally convinced her, but Lucy only agreed to go if she could get nicely dressed and put on her make-up. She was rushed by ambulance to the Emergency Room of Cedars-Sinai Medical Center, where cardiologist Yuri Busi diagnosed "a dissecting aortic aneurysm", a tunnel through the wall of the largest artery that feeds blood to the body. A hundred minutes later she was on the operating table, and during the next seven hours and 40 minutes a team of specialists replaced her aortic valve and a portion of the aorta itself, a high-risk procedure that can only be performed while the patient's heart is stopped. She received an aorta, from a 27 year old male victim of a motorcycle crash.

Despite her age, Lucille recovered rapidly. When she woke up in intensive care, she looked up at husband Gary Morton and, calmly asked "How's the dog doing?" He told her Tinker was doing fine. Then she asked, "Was it a big surgery?" He said, "It was a big surgery, but it was a good surgery." When her daughter, Lucie, showed up, she lifted her oxygen mask and murmured: "Wouldn't you know, this was the day I was supposed to get my hair color done." The next morning she got up and sat in a chair, and the day after that she walked around her room with a little help from her nurse. Thousands of telegrams piled up in the hospital mail room, tons of flowers were turned away (no pollen allowed in the intensive care wing) and fax messages came in at a steady rate of one every two minutes. When Doctor Busi last saw Lucille she was in high spirits, keen to get on with her life. "I'll be back sooner than you expect" she told him happily.

DEATH OF A COMEDIAN

On Wednesday, April 26, just before dawn, Lucy awoke with severe back pains and was dead within minutes. Her aorta had ruptured again at a point fairly distant from the previous site of the operation and she quickly lost consciousness. A team of doctors and nurses worked frantically but failed to revive her. "I don't think she had enough time to know what was happening to her," Busi said. Lucy died at approximately 05:47 PST. She was 77 years old.

Her funeral was private, but there were three public memorial services scheduled around the country for her. One in Los Angeles, one in Chicago, and one in New York. They were all held at 8pm on Monday, May 8th. The same time I Love Lucy used to air on television. Lucy was cremated, and she was interred in the Columbarium of Radiant Dawn, at Forest Lawn, Hollywood Hills Cemetery in Los Angeles.

In March of 2002, Lucy's children moved Lucy and DeDe's (Lucy's mother) remains from Forest Lawn, and reburied them in Lucy's hometown at the family plot at Lake View Cemetery in Jamestown, New York, where Lucy's parents, brother, and grandparents are buried.

Headline News - on the Death of Lucille Ball, 1989 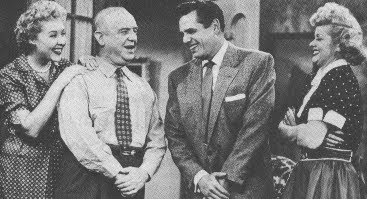 TV Land is bringing back the classic '50s sitcom I Love Lucy! This iconic comedy featuring everyone's beloved redhead, Lucille Ball and Desi Arnaz has not aired on the network since the end of 2008 when it moved to Hallmark in January 2009.

As of now, Hallmark Channel will still air I Love Lucy until June when TV Land will start airing the series again. TV Land is set to air the series on Monday, June 4, 2012! It will air weekday mornings from 11am-12pm, Saturdays 9-11am, and a block on Sundays starting at 11am (usually lasting to 4:30pm). 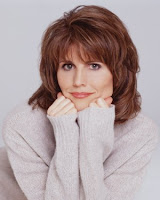 Lucy Fest's Friday Night Stand -Up showcase with host and musical guest Lucie Arnaz. Arnaz, daughter of Lucille Ball and Desi Arnaz, has seen critically acclaimed success wearing the hats of producer, singer, actor and director, and currently serves on the Board of Directors of The American Theatre Wing.

Lucy Fest 2012 will feature Jamestown hosting their very own Lucy Olympics, a competition on Friday Aug. 3 & Saturday Aug. 4. Contestants will compete in events including candy wrapping from the "Job Switching" episode, grape stomping from the "Lucy's Italian Movie" episode, and the most comprehensive I Love Lucy trivia contest ever believed to be held! Along with all of this, a costume contest featuring several different categories will also be held as part of the Olympics. Any contestants testing positive for abnormal levels of vitameatavegamin or any other performance enhancing drugs will automatically be disqualified.

Be part of the "studio audience" for a live "Lucy" radio comedy show!

By popular demand, Gregg Oppenheimer, son of I Love Lucy creator Jess Oppenheimer, returns to Jamestown to direct more radio comedy on the stage of the beautiful Reg Lenna Theatre. Last year, on this same stage, the world premiere of his original production I Love Lucy: The Untold Story was a huge success-so much so that it was the subject of four separate nationwide broadcasts on SiriusXM Radio.

This year's laugh-filled show opens with another original behind-the-scenes look at the creation of I Love Lucy-the world premiere of Gregg Oppenheimer's "Finding Fred and Ethel." Next up is a side-splitting episode of Jess Oppenheimer's first sitcom, Baby Snooks, the show that inspired him to create the character we know as "Lucy Ricardo". And to round out the program, another hilarious episode of Lucille Ball's radio sitcom, My Favorite Husband: "Valentine's Day" (later adapted for TV into the I Love Lucy episode "Lucy Plays Cupid.")

All three shows will be performed in the style of old-time radio, with the actors standing at microphones on the stage, plus sound effects and music, including live singers.