Lucie Arnaz will host and perform in the 92nd Street Y's Babalu: The American Songbook Goes Latin - with the Music of the Desi Arnaz Orchestra, to play January 9-11. The show is the first part of the 92Y's Lyrics and Lyricists program and is kicking off the organization's 40th anniversary season of its American Songbook Series.

In anticipation of these concerts, Arnaz will appear in a conversation with Rex Reed on October 27. The actress-singer will talk about her career, the legacies of her parents Lucille Ball and Desi Arnaz, and the 92Y concert.

Arnaz began her career on the TV shows The Lucy Show and Here's Lucy, appearing with her legendary mother. She won an Emmy Award as the executive producer of the documentary film Lucy and Desi: A Home Movie. Her Broadway credits include Dirty Rotten Scoundrels, Lost in Yonkers and They're Playing our Song.

Lucy is now Off Hallmark Again!

It was just this past week when we announced that we would be getting more I Love Lucy on Hallmark, but guess what...now that will be cut. Hallmark quietly removed the weekdays 9-10am hour of I Love Lucy on Thursday, Oct. 13th and returned Golden Girls in that hour. Starting Monday, Oct. 19th, once again I Love Lucy is getting cut completely from its current 5pm-11pm hours. M*A*S*H returns and will air in its old 5pm-8pm hours, while Touched by an Angel returns at 8pm, and the primetime movie from 9-11pm. So I Love Lucy goes from 7 hours a day this week to ZERO hours a day this coming week! What is going on with all the schedule changes at Hallmark? Ratings must be key, but it seems Hallmark makes moves and changes those moves within days. It's getting to be why bother even watching anything on Hallmark with all these schedule changes.

On this date 58 years ago, "I Love Lucy" premiered! The show was actually the second episode of "I Love Lucy", The Girls Want to go to a Nightclub. The Pilot episode was not actually aired until 1991.

The first episode wasn't aired until November 5th, 1951 - although this was the first episode filmed, it was the fourth to air because the producers decided "The Girls Want to Go to a Nightclub" was a better episode to premiere.

For more visit "Everything Lucy" at http://everythinglucy.youns.com.
post at 3:21 PM No comments:

LIFE Photos on the set of "I Love Lucy"

See behind the scenes photos from 'I Love Lucy': LIFE on the Set - Photo Gallery, from LIFE: http://bit.ly/1daAfd
post at 8:52 AM No comments:

More Lucy on the Hallmark Channel

Since the "I Love Lucy" marathon, October 4th and the return of "I Love Lucy" to the regular channel lineup in the evenings on the Hallmark Channel, we are now getting Lucy in the morning as well!

Lucille Ball interview with Phil Donahue, 1974. Lucy discusses her film 'Mame' and her comedy career with a live audience.

Here are more video clips from YouTube of Lucille Ball. This one is from 1981 Password Game Show featuring Lucille Ball and Betty White, Dick Martin and Desi Arnaz Jr.!

Came across this video on YouTube. Great memories from Desi Arnaz.

Lucy as a Model, Modeling for Hattie Carnegie 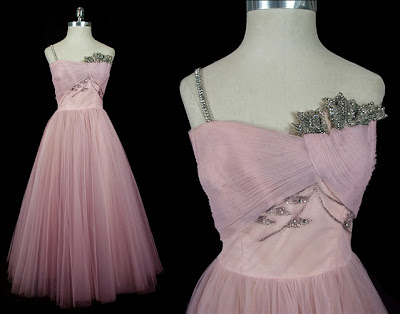 We "Lucy lovers" almost have to credit the famous Hattie Carnegie and her salon with the start of Lucy's career. Hattie was born on 15 March 1889 in Vienna and came to New York where she eventually based her fashion empire.

She rose to fame in the 20's and 30's which was the era of hats for women and Hattie started out as a milliner where owned a beautiful shop on East Tenth street. She called it Carnegi-Ladies Hatter. After that, she turned her attention to her dress shop which she opened in a much ritzier neighbor hood on the upper West side at 42ND and 49Th streets. Now close to Saks Fifth Avenue, the Hattie Carnegie boutique began to cater to a much different clientele. Hattie sold dresses that were her own design as well as dresses from designers such as the famous Chanel and Dior as well as a costume jewelry line she also designed herself. Believe it or not, she even sold cosmetics, but under a different name.

It wasn't long before Hattie's designs were a major success and her client list began to include movie stars and royalty such as the Duchess of Windser and Joan Crawford. Hattie died in 1956 but her dresses, hats and jewelry are still prized and highly collectible even today and often go for outrageous prices and they are worth every Penny!

When young Lucy graduated from high school and went to New York City looking for work and to make her mark on the show-biz world, she thought she'd try her hand at acting but when some teachers at the actors studio told her she was basically talentless (can you imagine!!!), knowing she needed to eat, Lucy decided to give modeling a try. Thinking that the name "Diane Belmont" (after the famous race track in New York) sounded sophisticated, she applied for a job at the famous salon. Because of her height and slim figure, she was hired.

Hattie took a instant liking to the skinny, long-legged girl and saw something in her that that others didn't. She used Lucy more often than her other models because she never complained, worked hard and always maintained a sense of humor. She also had the body to carry off all the looks in the salon. Hattie also recommended Lucy for the "Chesterfield Girl" billboard ad campaign. It seems as if it was a match made in heaven. 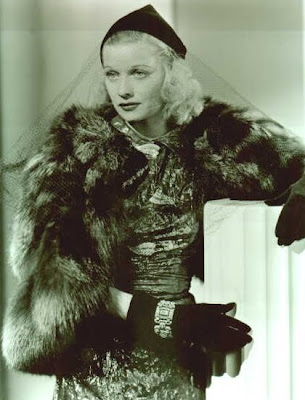 This photo is one of our Lucy modeling. I can't be sure if this is a shot where she is wearing one of Hattie's designs or not, but it is beautiful and so is our girl. Despite the fact that Lucy was a redhead (for most of her life anyway)and "they" say redheads should wear pink, Lucy adored pink and looked gorgeous in it. This particular Hattie Carnegie dress did NOT belong to Lucy but she would have looked gorgeous in it!
post at 10:07 AM No comments: