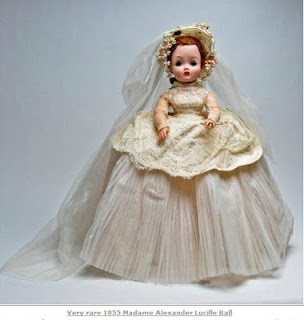 "It was a quite a successful sale," said Dan Meader, an appraiser for John McInnis Auctioneers, of the 700-plus doll collection of Kathy Hipp of Amesbury, who began amassing her collection in the 1950s.

The collection was sold at auction on July 14 at the McInnis Auction Gallery. It took in $300,000.

"We had 300 bidders registered online and another 140 to 150 people that came to the auction. We had buyers from other countries, including Japan and Australia and a strong concentration in this country," McInnis said. 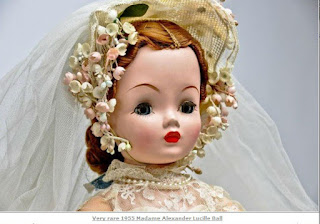 Hipp started with a passion for Madame Alexander dolls and then branched out to fine French and German bisque dolls. Included in her collection was her vast array of 1930s to 1960s era dolls including Nancy Ann Storybook, Vogue, and Terry Lee. Her entire Madame Alexander Collection, including many rare examples, was sold. The collection included dolls from the 1860s to the 1980s, from rare French and German bisque dolls to Barbie, Kewpie, and GI Joe dolls.

"Some rare individual dolls sold in the thousands of dollars," Meader said, "some hundreds. Many of the Madame Alexander dolls are in mint condition and most are in their original boxes."