I Love Lucy Christmas Special to air on CBS in Color

CBS is to broadcast a rarely seen holiday episode of the classic television series I Love Lucy as well as another classic episode in color. The two newly colorized episodes of the 1950s comedy, “I Love Lucy,” include the memorable grape-stomping episode and the rarely-seen “Christmas Episode” this coming Christmas holiday.

The I Love Lucy Christmas Special will package two colourised installments of the Lucille Ball sitcom. Both episodes that will air this Christmas have been colorized with a vintage look, and the episodes will air back-to-back, according to CBS spokeswoman Kim Izzo-Emmett.

The first half-hour will be the show's 1956 'Christmas Episode', which mixed clips from the past with original scenes of Lucy (Ball) and Ricky (Desi Arnaz) reminiscing about the birth of their child. “The Christmas Episode” first aired in December 1956, but was not included in the series’ long history of reruns, according to Izzo-Emmett. The episode, previously thought to be lost, was rediscovered in 1989 and follows the Ricardos and Mertzes as they recall the arrival of the Ricardos’ son, Little Ricky. 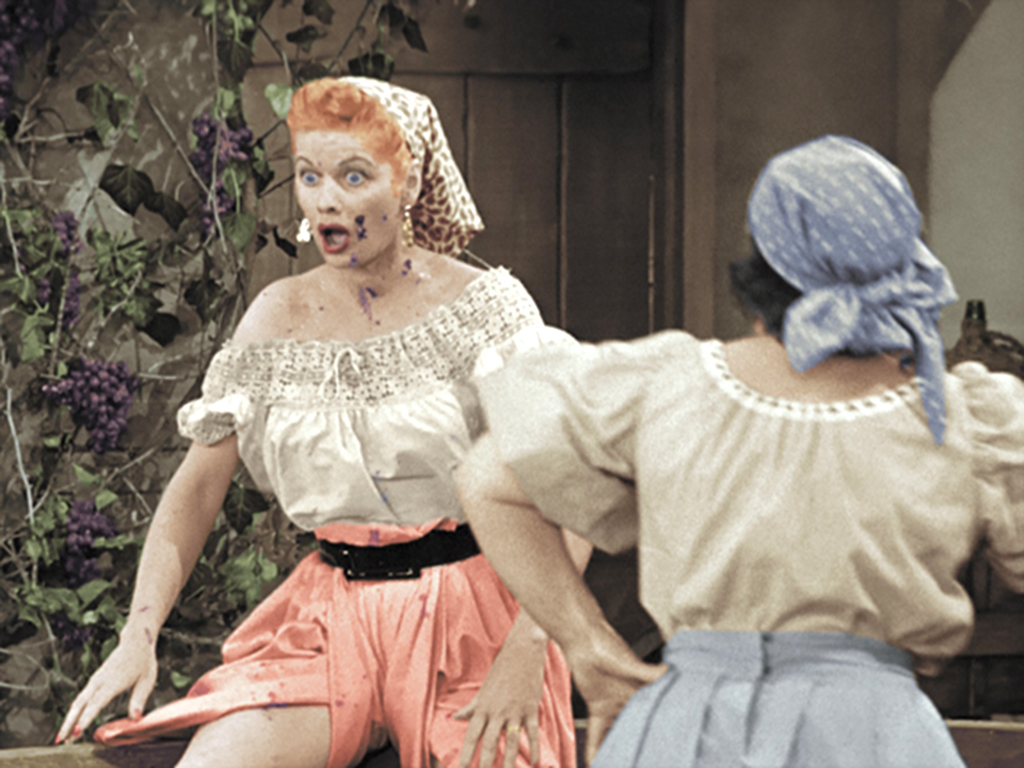 'Christmas Episode' will be followed by 'Lucy's Italian Movie', which includes the iconic scene of Lucy struggling to stomp grapes. The episode most popularly known as the grape-stomping episode is actually titled “Lucy’s Italian Movie.” The episode, chosen by television critics as one of the top 10 Lucy shows, follows the Ricardos and Mertzes as they visit Rome and a local vineyard.

“I Love Lucy” aired on CBS from Oct. 15, 1951 until May 6, 1957, starring Lucille Ball and Desi Arnaz as Lucy and Ricky Ricardo and Vivian Vance and William Frawley as the Ricardos’ friends and landlords, Fred and Ethel Mertz.