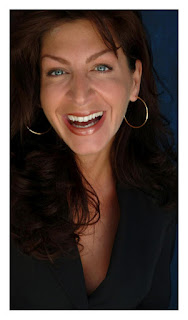 The Lucy Desi Center for Comedy is proud to announce that Tammy Pescatelli will be joining an already star-studded lineup that includes Billy Gardell and Paula Poundstone for its annual Lucille Ball Festival of Comedy, August 1st-5th. Pescatelli, winner of Comedy Central's 2010 Stand-Up Showdown, will be performing at the Stand-Up Showcase on August 3rd. Lucie Arnaz, daughter of Lucille Ball and Desi Arnaz, will be the host and musical guest of the showcase Friday. Tickets are on sale at LucyComedyFest.com.

Being one of the Final Five on NBC'sLast Comic Standing 2 catapulted Pescatelli's career. She has appeared twice as a guest on The Tonight Show with Jay Leno, and has also appeared on National Lampoons Funny Money, NBC's Last Comic Standing: The Best of the Best, and Comedy Central's The World Stands Up!

Pescatelli also recently appeared in her own half-hour special for Comedy Central, Comedy Central Presents: Tammy Pescatelli. More recently, she has performed on TBS's Evening at the Laugh Factory, Last Call with Carson Daly, and has been a guest a number of times on the syndicated show Comics Unleashed, and was chosen for their Best of the Best worldwide top selling DVD.

The Lucille Ball Festival of Comedy takes place August 1-5 and features Billy Gardell, star of the CBS hit Mike & Molly and his own 2011 Comedy Central Special: Halftime, Paula Poundstone, named one of the Top 100 Comedians of All Time by Comedy Central, The Story Pirates, a critically-acclaimed kids comedy show that recently performed live with Conan O'Brien, and much more in addition to Pescatelli and Arnaz.

Tickets for Live Lucy Radio Plays, Dinner Theater with The Ricardos & Mertzes, the first ever Lucy Olympics, a "Party on the Plaza" which features live music & spirits, museum & town tours, Late Night Comedy shows in the Tropicana Room, and more are available at LucyComedyFest.com or by phone at (716)484-0800.
post at 9:00 AM